Do we have a lot in store for you today!!! As Dust Dances by Samantha Young is now live, and are you in for a treat with this one! Skylar and Killian’s story will drag you in from page one, and not let go ’till you turn that last page.

To tease you a bit, we have a short excerpt for you. There is a shower involved, just putting that out there.

Not to forget, to celebrate the release Samantha Young is giving away three signed copies of As Dust Dances. Scroll all the way down to enter!

“The omelet is good,” I offered reluctantly when the silence felt too heavy.

But it was followed by more silence, the only sounds between us that of cutlery on plates and the soft sipping sounds of us drinking. I could barely finish the omelet, not used to eating something so substantial in the morning. O’Dea’s brows pinched together as he took my plate, but he didn’t say anything.

“There’s an en suite in the bedroom. Fresh towels, soap, shampoo and conditioner in there too.” He reached into the carrier bag on the counter and pulled out a brand-new electric toothbrush and tube of toothpaste. He offered them and feeling a little unbalanced by the gesture, I took them.  “There’s a hair dryer in the bathroom as well. Your backpack is in the bedroom.”

I nodded, not quite able to thank him again after the last attempt.

“I’ll be out here when you’re done. We’ll get straight to the audition.”

And suddenly I didn’t care about thanking him. Throwing him a look of disgust, I disappeared into the bedroom and slammed the door behind me.

Unfortunately, a few minutes later, I had to come out of the room again. I found him sitting on the couch, drinking coffee, and scrolling through something on his phone. O’Dea looked up at me with an eyebrow quirk. I hated that eyebrow quirk.

I lifted my wrist with the cast. “I need something to cover this.”

Without saying a word, he got up, put his coffee and phone down on the island, and rummaged through one of the large drawers beside the range. He turned around with cling-film in his hands and gestured me to come to him with an odious curl of his finger. Internally huffing, I strode over to him and held out my wrist.

“This place is pretty well stocked,” I grumbled.

“We like to make sure every need is catered to.”

Then O’Dea triple-wrapped my cast with such gentleness, it stunned me silent.

I was still standing holding out my arm while he put the cling-film away. I frowned at his back, puzzled by his complexity. That is until he turned around and gave me that eyebrow again.

Just like that I was back to being annoyed and desperate to get out of his company.

My building resentment toward him only increased the moment I saw my reflection in the bathroom mirror.

How the hell could he look at me like this and demand that I audition?

Bluish bruising covered my puffed-up, swollen eye and upper cheek. My lower lip was swollen on one side where it had split. And underneath the injuries, my cheekbones cut sharply against my pale skin. The shoulders of my T-shirt hung down on my arms because my shoulders were too small for it.

Skylar Finch was no more. 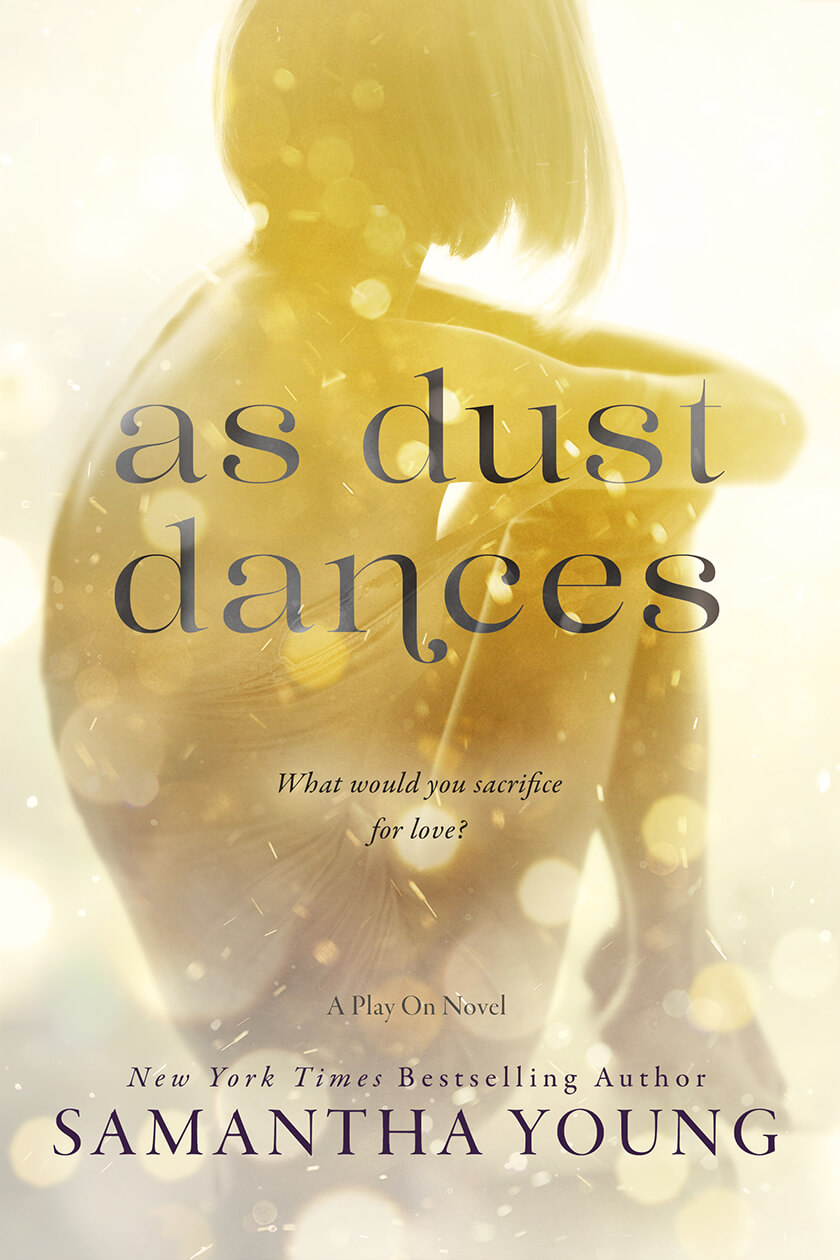 Ten years after Simone Payton broke his heart, all Roscoe Winston wants is a doughnut. He’d also like to forget her entirely, but that’s never going to happen. Roscoe remembers everything—every look, every word, every single unrequited second—and the last thing he needs is another memory of Simone.

Unfortunately, after one chance encounter, Simone keeps popping up everywhere he happens to be . . .

Ten years after Roscoe Winston dropped out of her life, all Simone Payton wants is to exploit him. She’d also like some answers from her former best friend about why he ghosted her, but if she never gets those answers, that’s a-okay. Simone let go of the past a long time ago. Seriously, she has. She totally, totally has. She is definitely not still thinking about Roscoe. Nope. She’s more than happy to forget he exists.

But first, she needs just one teeny-tiny favor . . .

All Books by Samantha Young

What if your dreams came true, and you’re still not happy? That’s what happened to Skylar. She had the world at her feet, until the day it all came crashing down on her.

Now in self chosen exile, Skylar’s only focus is surviving the next day. Though we all know that running away from your problems is not the answer, and they always find a way to catch up to you.

A chance encounter with the handsome, and often infuriating Killian, Skylar is forced back on track. If Killian could only control his mood-swings, then she could figure out if she likes him or not.

Killian has his own issues. A need to prove himself to his uncle, he keeps losing himself in work, meanwhile pushing those around him away. Honestly a swift kick to the bum, or realising he might loose the best thing that ever happened to him, might set him straight.

I really like Samantha Young’s writing. As Dust Dances was a pleasant surprise. Taking a look at a very toxic relationship, figuring out what happiness really means, and two intense people falling in love. Skylar and Killian’s chemistry was interesting, and I loved seeing them grow closer with each turned page. Samantha Young pretty much wrote a 360 page long love song.

Samantha Young is the New York Times, USA Today and Wall Street Journal bestselling author of adult contemporary romances, including the On Dublin Street series and Hero, as well as the New Adult duology Into the Deep and Out of the Shallows. Fight or Flight, a new standalone to be published by Berkley Romance, is out October 9th 2018. Before turning to contemporary fiction, she wrote several young adult paranormal and fantasy series, including the amazon bestselling Tale of Lunarmorte trilogy. Samantha's YA contemporary novels The Impossible Vastness of Us and The Fragile Ordinary are published by Harlequin Teen.

Samantha is from a small town in Central Scotland and is known for her romantic stories set in her beloved home country. She is currently published in 30 countries and is a #1 international bestselling author. When she's not writing books, she's buying shoes she doesn't really need and searching for nooks and crannies to shelve her ever-expanding book collection. 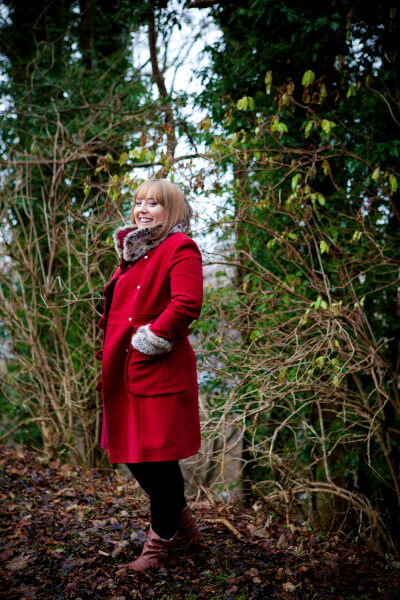 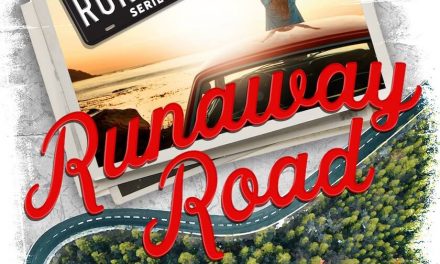 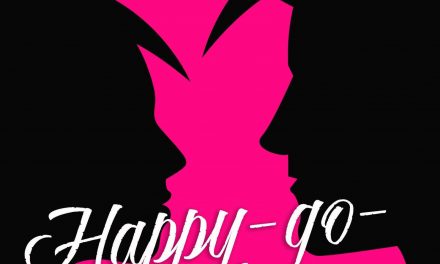 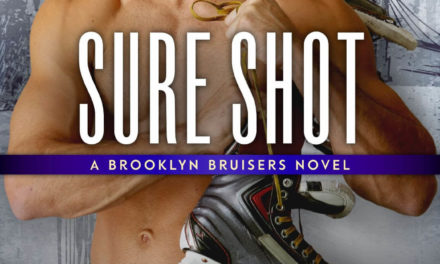 ‘Sure Shot’ by Sarina Bowen: I want a birthday like that 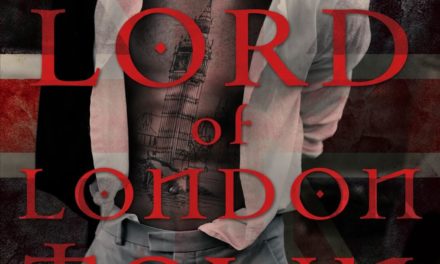